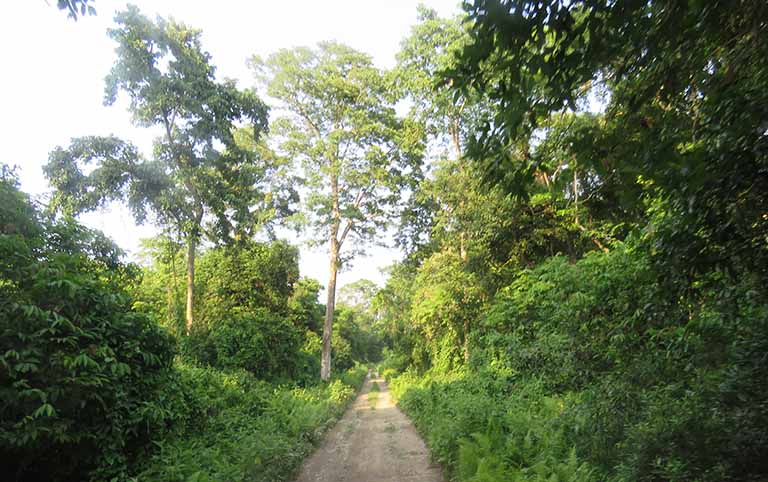 MSc dissertation presented by Rama Mishra to Central Department of Zoology was performed under technical support of SMCRF. The dissertation was aimed to assess the status and threats to the fishing cat and associated small carnivores in CNP. This study reported on systematic camera trap, sign and community based survey results. From a total survey effort of 868 camera trap days across a total area of 160 km2, 19 photographs of fishing cats were obtained in six independent events with five individuals identified from three locations. Two different methods i.e. capture recapture analysis on CAPTURE program and spatially explicit capture recapture using  SPACECAP software were used for population estimation whereas density was calculated only from the SPACECAP. Capture-recapture analysis estimated seven individuals (95% CI 6 – 23) with a density estimate of 4.37 individual/100 km2. The analysis from SPACECAP using spatially explicit capture recapture estimated the population of the fishing cat in CNP as 17.74 (95% CI 9 – 25) with a density of 6.06 animals / 100 km2 for suitable habitat. Sign surveys showed a patchy distribution across potential habitats from Narayani river in the west to Amrite in the northeast and Thori in the southeast. The majority of the detections were in wetlands with surrounding grassland areas of average height 1-2 m indicating the most favorable habitats of fishing cats. A total of 26 species of mammals including nine species of small carnivores (small cats, civets and mongoose) were recorded on the camera traps. Targeted community interview surveys indicate habitat loss due to shrinkage of wetlands as the main threat to the fishing cat.