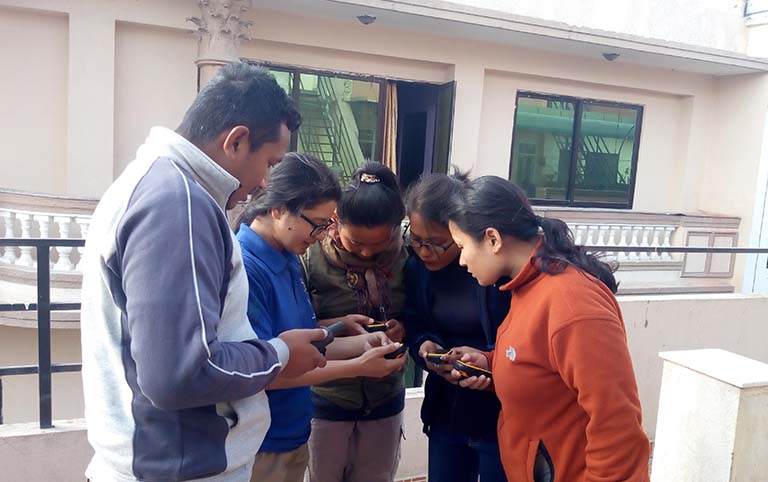 A day training was organised at SMCRF office to share with the staffs, interns and university students the skills of using GPS and camera traps in the field on 25 February 2018. Mr. Dipendra Adhikari, Wildlife Researcher and EC member at SMCRF, detailed on the operation of camera traps to the team. He discussed about setting the camera trap from installation to fixing it and collection of data step by step using the dummy pangolin as the scenario of the field. He also emphasized the points to be careful while setting up the camera trap such as being careful of direction the camera faces, internal setting of video duration, time of start and end, and proper management of camera trap data. Ms. Sabita Gurung, Program Officer, shared about the basics about GPS device, their use, backing up the coordinate data at the field and about the points to take care during the setting, recording of the coordinates and reading them. The staffs and interns are involved in the development of different research projects for with the practical knowledge on use of such technical devices aids on the idea about the field designs and their execution. SMCRF has been organizing such events of skill sharing regularly. The team is also preparing for the upcoming field on pangolins at different locations in the Kathmandu valley and biodiversity survey in Eastern part of Nepal. SMCRF thanks the generous supporters, volunteers, enthusiastic team members and also the IDEA WILD for supporting researcher at SMCRF with the GPS device and such equipments which could be used during such training and coudl be provided to the field researchers during different field works. 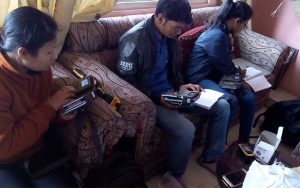