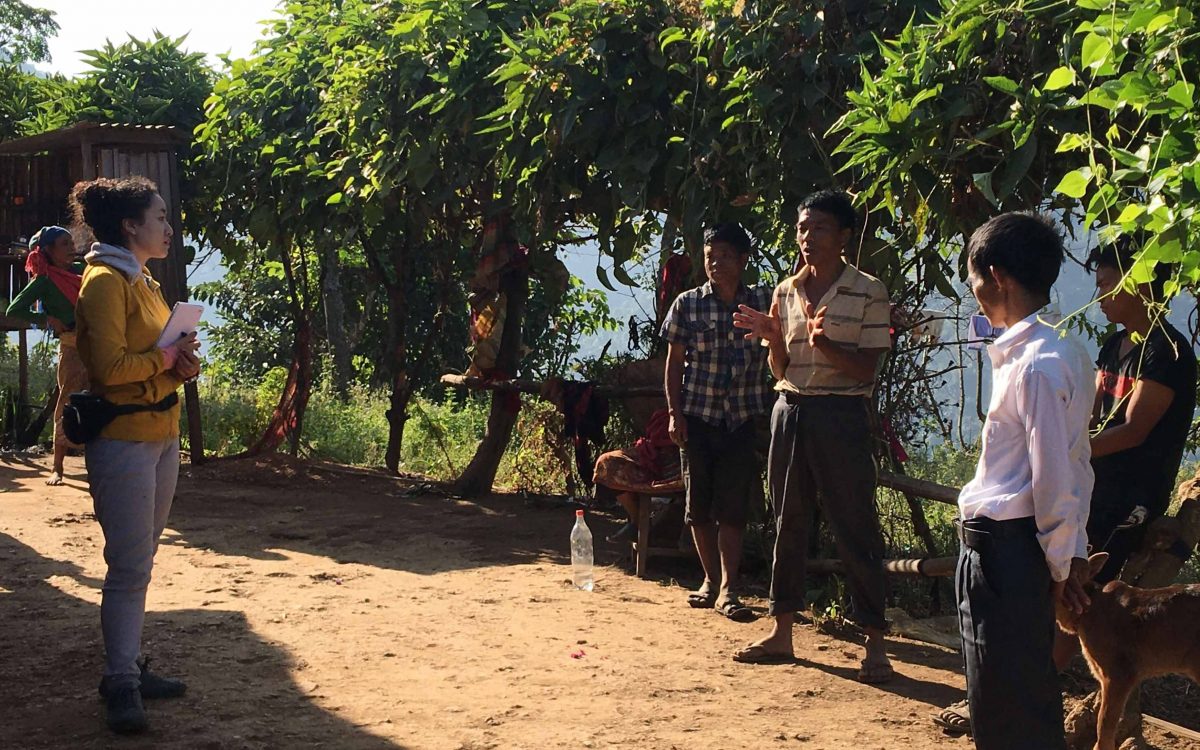 Nepal is listed as one of the vulnerable countries to the impacts of climate change. Many indigenous communities dependent on natural resources are affected by this environmental catastrophe. The Chepang community of Nepal is an indigenous group, inhabiting the Mahabharata mountain range of central Nepal. In recent years, the community has shifted from a semi-nomadic lifestyle to permanent settlement. However, this has become extremely difficult for the tribe due to the severe topography of the country. Extremely marginalized, the Chepang community is known to be dependent on natural resources for various economic and traditional purposes. Butter Tree, locally known as’ ‘Chiuri” (Diplokenma butyracea) is one of the most important plants used by this community for health benefits, food resources, fertilizers, and fodder. Moreover, the plant holds traditional cultural significance in the community since daughters are given this plant as dowry. Locally found bats play an essential role in the plant’s pollination.

However, the Chepangs are also a known bat hunting tribe and this is seen to affect the production of the plant. There has been a recent decline in the production of the plants as observed by the locals and although there could be various anthropogenic factors aligned to the cause, climate change can be speculated to be one contributing factor to this decline. Although traditional bat is one of the many aspects of this unique indigenous tribe, recent shifts in the trend of serving bat meat as a delicacy in nearby markets have pressured the bat population in the community. This, along with climate change, in turn, has affected the production of Chiuri flowers and hampering the community’s socio-economic and socio-ecological elements. The inter-relationship between the plant, mammal and the community is in a delicate balance that is increasingly threatened by climate and environmental change.

Social surveys like questionnaire and interview surveys, Focal Group Discussions (FGD) were conducted to obtain information from the local communities. Most of the respondents from the local communities were aware of the interrelationship their community has with chiuri, but fewer in comparison knew about the role bats play in the flowering and pollination of the plant. Similarly, the community has started to become less dependent on the traditional methods and have been more influenced by market products for cooking and household purposes. In fact, most of the younger generations weren’t aware of the importance of chiuri in their community and there were mostly respondents from older generations who spoke about the role the plants had in their culture. Participants were eager to learn more about the importance of bat in the ecosystem, impacts of climate change and more awareness could enhance the community’s involvement in conservation of bats.

From results accumulated after FGD on different enhancing trainings, one capacity development training was conducted for the group based on the participants’ preference and its effectiveness. By acquiring a perception of climate change in a vulnerable community, the project aimed to provide assistance in understanding and exploring necessary strategies to conserve natural resources along with providing alternative livelihood intervention in the community.