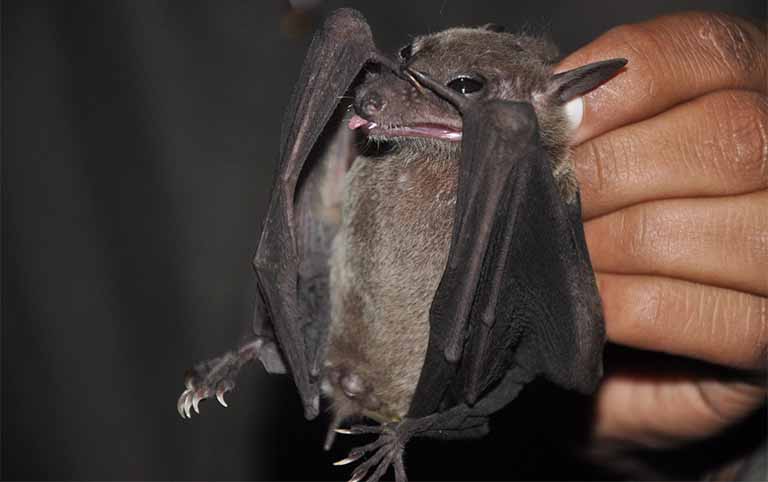 A first phase study on microchiropteran bats of plains of Eastern Nepal (three districts viz. Sunsari, Morang and Jhapa) was conducted on October-November, 2008 and March-April, 2009 with an objective of recording the species status for the first time. Two individuals of single species (Pipistrellus sp.) were netted while 13 bats of two species (Scotophilus heathii and Pipistrellus sp.) were captured by hands during roost survey, all from the houses. Megaderma lyra colonies were only observed, a dead specimen of Taphozous sp. was collected and measured, and two preserved specimens of Scotophilus heathii were measured. Time of emergence of their flight was recorded. In total four species of microchiroptera was recorded during the survey and in conclusion the population of these species except Taphozous sp. is rich. There might be chance of recording new species to Nepal or even to World from this area. The project was led by Mr. Sanjan Thapa.