Habitat and Acoustic Survey and an Action Plan for Bats Conservation in the Kathmandu Valley, Nepal 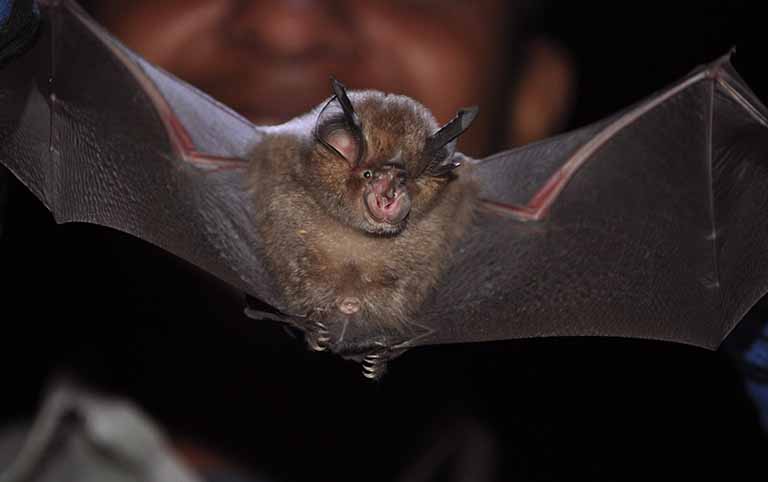 This project was conducted within more than 19 sites (including some opportunistic sites) in Kathmandu Valley. Phase I habitat survey was conducted for the SWOT analysis of each sites. Monitoring survey deploying mist nets was conducted. In total, 14 bat species were captured from seven sites in first phase in summer and 16 species of bats were recorded from 11 sites in second phase in winter. Three days “Bat Acoustics and Handling Training” was conducted at Central Department of Zoology, Tribhuvan University for the capacity building of project team members and other enthusiasts. This baseline monitoring was successful to document three first records: Hypsugo sp., Barbastella leucomelas, Rhinolophus lepidus and Eptesicus serotinus to Kathmandu Valley and two new records: Myotis frater and Nyctalus aviator to the country. Rhinolophus luctus was recorded from new locations in Kathmandu Valley after Hinton and Fry (1923) and Fry (1925). Echolocation calls of 13 captured bat species were recorded. These calls have been uploaded as reference calls in the Nepal Bat Calls Library in the website of SMCRF. Local Bat Conservation Action Plan for long term conservation of bats in Kathmandu Valley has been drafted and the sharing workshop is targeted next.