Survey of bats in Tanahun 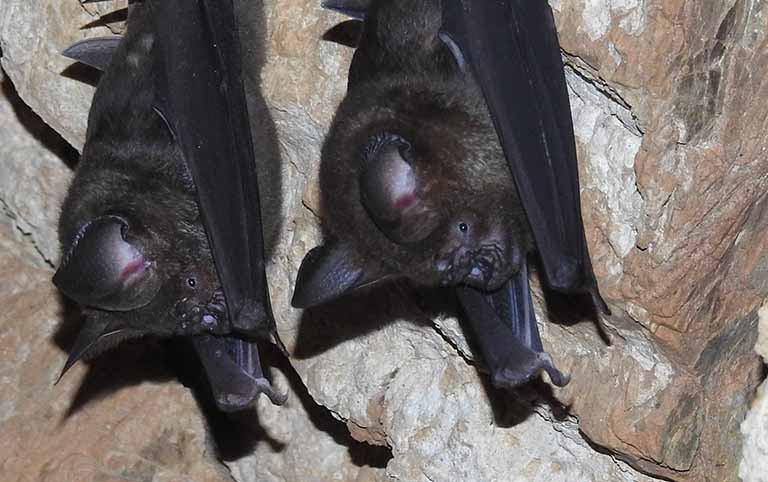 A report on monitoring of Chiropteran status of Tanahun District, Western Nepal was published. A three-days monitoring of bats was carried out in Tanahun district. Western Nepal from 12th to 14th March, 2010 with an objective to monitor the chiropteran species diversity, population, and distribution in study area and update the recent information and access the species status. The study was conducted by the collaboration of Small Mammal Club of Central Department of Environmental Science, Tribhuvan University and Small Mammal Conservation and Research Foundation (SMCRF), Nepal. The monitoring team was led by Rameshwor Ghimire, an excecutive member of SMCRF. According to Hutson et al.( 2001), Chiropteran species of Nepal accounts for 51 species. Chiropteran study was seized for 11 years after Csorba (1999) who reported seven species from Tanahun district and in recent years bat studies in western Nepal studies had been focused to Syangja and Tanahun districts, Pokhara city and Annapurna Conservation Area (ACA) thus this study gave the continuity to the work. Mist netting and Roost survey was the methodology deployed and altogether nine species were recorded among them most were found in similar status in comparison with previous studies. However, the pre-recorded species which is Critically Endangered nationally could not be retrieved. A more detailed Chiroptera monitoring at Tanahun district was recommended in the report.