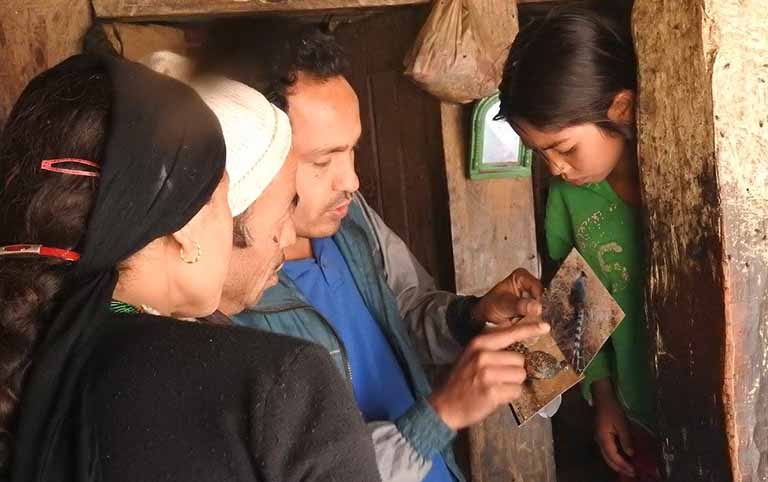 Mr. Hari Basnet, Secretary of SMCRF, is a part of Cheer Pheasant (Catreus wallichii) survey and Conservation in Bajura, a project supported by World Pheasant Association in collaboration with SMCRF and Galliformes Specialist Group. In April 2016, short informative news of the cheer (one-minute news in Nepali language) was broadcasted for a month in two local F.M. stations in Bajura district (Project supported by Oriental Bird Club). Based on local responses, the preliminary survey was carried out in nine different locations where six locations confirmed the species presence. Although the survey confirms the area as one of the important habitats of Cheer in Nepal, anthropogenic threats like Trapping and hunting using captive Cheer as a lure, Wildfire to promote the grassland, destruction of habitat, collection of eggs for consumption and hatchings impacting adversely on the survival of Cheer Pheasant. As a result, Cheer population is declining drastically and restricted only to the large sized forest. The area lies outside the protected area and cheer still survive there in high anthropogenic pressure. If the seed of conservation awareness is given to local people and concerned bodies, the area will be one of the best sites of cheer habitat in Nepal and in Global indeed. Keeping these things on mind project was design with objective to assess “Presence/absence survey and conservation awareness of Cheer Pheasant Catreus wallichii in Bajura District.” Whereas specific objective is to focus on: