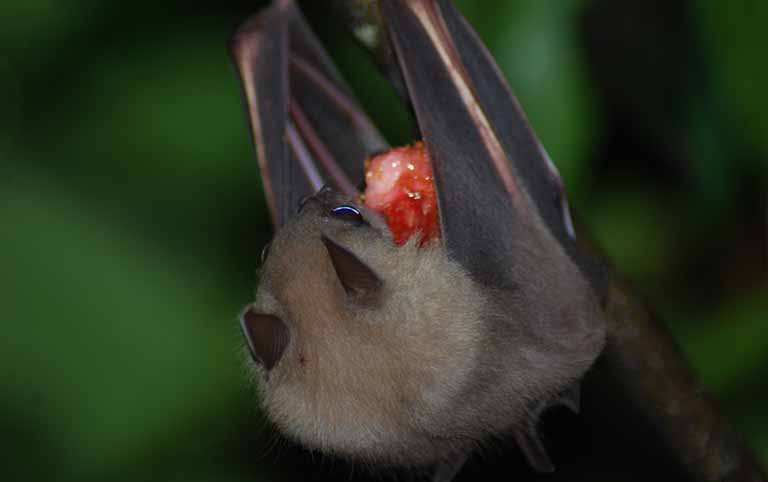 A baseline survey of bats roosting in Kailash Cave (28° 5’52.34″N, 83°54’19.07″E), Syangja district, western Nepal was carried out on 25 April, 2009. The aim was to re-record the Myotis longipes (M. csorbai as per Topal, 1997 and Csorba et. al, 1999) and to document their status. Four females Miniopterus schreibersii was netted whereas a dead specimen of Myotis longipes was collected and 25 Hipposideros armiger was observed. The population of the Miniopterus schreibersii was observed maximum about 200 individuals and that of Myotis longipes minimum as well as declining only fifteen. Among the five species of microchiropterans recorded from the Syangja district three species were found from the study area. However, only Myotis longipes was earlily recorded from this cave. This study added Miniopterus schreibersii, and Hipposideros armiger to the species list of this cave (Bates and Harrison, 1997). The project was led by Mr. Sanjan Thapa.