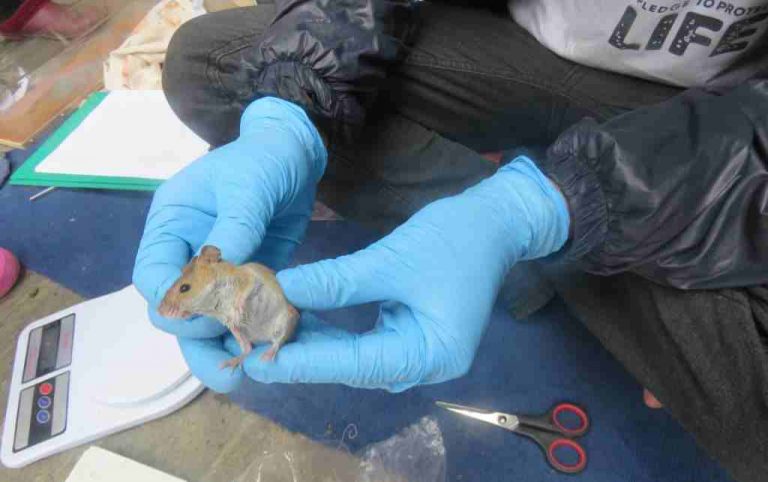 The survey was carried out in Pulchowk Engineering Campus premise. On a single night trap using 21 traps (seven Sherman’s traps, seven Tube traps and seven local traps), total five traps captured the rodents. The captures were by one Sherman’s trap, two Tube traps and two local traps. Thus all three traps seemed effective in rodent capture in the area. The captured rodents were weighed, measured, morphological features noted and released in the area of capture. The training built confidence in the SMCRF team to work on rodent research. A team of SMCRF will be conducting a seasonal rodent survey in the Kathmandu valley along the urban-rural gradient under the leadership of Ms. Sabita Gurung. The project is funded by Nagao Natural Environmental Foudnation, Japan. SMCRF wishes all the best to the survey team.